Which covenant should choose Monk in Shadowlands? 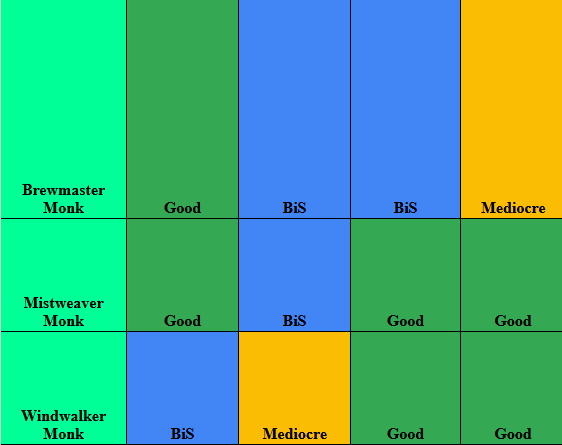 Covenant for brewmaster monk in Shadowlands

Brewmaster Covenants have changed wildly over the course of the Beta, and it's very difficult to say what the best option is. Currently I would say it's a toss up between Necrolord and Night Fae depending on what type of content you prefer and what playstyle you prefer.

For Mythic+ Necrolord has a solid edge in terms of survivability, but after the change to Faeline Stomp allowing it to increase your stagger, it's now arguably the best pick in Raids. That said, Bonedust Brew still provides alright damage and good survivability in a raid setting, and Faeline Stomp is still really good in Mythic+. It's really, REALLY hard to say which of the two abilities is better currently. While Kyrian is not bad by any means, the recent nerfs to Pelagos set it back a bit, and it simply doesn't do anything that Night Fae/Necrolord can't do better.

The main advantage to picking Kyrian would be the bleed-removing health pot, but especially after the nerf Blizzard gave to that a while back it's going to be less impactful than it was before. As for Venthyr, it just doesn't do enough in terms of damage or survival to justify running it.

Covenant for mistweaver monk in Shadowlands

While the gap has been narrowed compared to previous Beta builds, Necrolord still appears to be the best Covenant choice for Mistweaver monks, especially with the recent buffs to Emeni's soulbind tree. That said, the balance between the abilities is extremely close, and healers especially can have different preferences depending on their raid composition of the damage output of a given boss. For instance, Kyrian is currently a very strong option for burst healing, so if that ends up being required it could be a stronger option than Necrolord.

Covenant for windwalker monk in Shadowlands

It's been quite the wild ride for Windwalkers on the Shadowlands Beta. When I first made this spreadsheet I had Kyrian ranked as Trash because it was functionally broken for Windwalker, but over the past few months Blizzard has managed to fix and buff it to the point where it is now the best Covenant for Windwalker monks.

It's worth noting that for AoE Night Fae is a solid alternative, and Venthyr is just an all around solid pick, but Kyrian is the clear winner for both ST and AoE for Windwalkers at the moment.